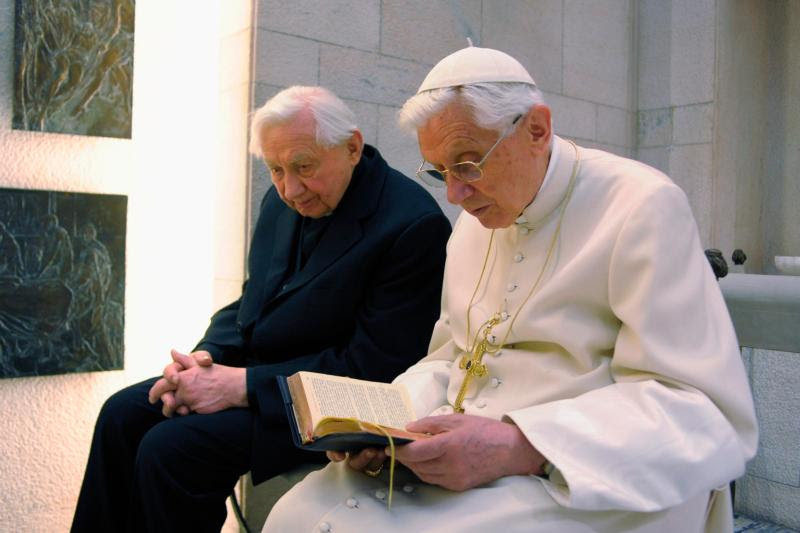 Retired Pope Benedict XVI is seen in a file photo praying with his brother, Msgr. Georg Ratzinger in his private chapel at the Vatican. The Vatican announced June 18, 2020, that Pope Benedict XVI, who is 93, traveled to Germany to visit his ailing older brother, who is 96. (Credit: CNS photo/L'Osservatore Romano via Reuters.)